A touristy visit to the Vasamuseet in Stockholm, Sweden, became a catalyst to learn a valuable life lesson. Vanessa shares her journey about overcoming the biggest failures in her life, and what she has learnt along the way. Are failures, really, all that bad?

A couple of weeks ago, I visited a museum in Stockholm called Vasamuseet. What seemed like a touristy thing to do became an opportunity for me to learn a very valuable life lesson about failures.

This lesson began with the Swedish warship Vasa. Built in the 1600s and armed with powerful guns and cannons, Vasa was expected to be the most powerful warship in the Baltics at that time. It was glorious and was the Swedes’ greatest pride and joy.

Thousands gathered at the harbour as they bid goodbye to the warship on its maiden voyage. However, just twenty minutes in, a gust of wind caused Vasa to tilt on its side and sink 32 metres deep. No one expected it. Two years of construction and hard work, tons of money invested, and thirty lives went down with the ship. What the Swedes thought was their greatest pride eventually became their greatest embarrassment.

The tragedy faded away with history and all was forgotten… until 333 years later. The Vasa was found and now sits in Vasamuseet in Stockholm, Sweden. Why would they want to remember this tragedy? Shouldn’t such a big national failure be hidden and forgotten?

The Ugliness of Failures

Many, if not all, of us have experienced failures in our lives. However we define the word “failure”, we can all probably agree that failures aren’t at all glamorous. They highlight our mistakes, shortcomings, and inadequacies.

I, like most people, have had my own fair share of failures. Growing up as a sickly child who always visited the same family doctor, I was inspired to one day do the same. I dreamt of being a doctor who could help alleviate the sufferings of people in a very practical way – just as how my family doctor helped me as a child. I had no other aspirations. No plan B.

Soon enough when it was time to apply for University, Medicine was, without a doubt, my first choice of study. My second choice? I had none, and so for the sake of completing the form, had to add the next safest choice: Business Administration.

I had an opportunity to go down for an interview with the medical school. My hopes were pinned high. But fast forward to the moment I received the letter, the words read: “Welcome to the School of Business!” My dream of ever becoming a clinician was crushed.

I entered Business School with a heavy heart, and I felt so lost. When people asked why I chose to study business, I had no answer. I hated the question because the only answer that would come to mine was this: “I was rejected by the medical school.” But of course, I could not bring myself to say that out loud. It was too embarrassing and shameful.

My dream of ever becoming a clinician was crushed.

Weeks went by and everyone in business school seemed to have it all together. They knew what they were doing and what they wanted to achieve. I was just an aimless balloon floating around through it all.

I made the careful decision to change routes and do a degree in Life Sciences instead. Just when I thought that things were looking up for me, the same questions came flooding in. People began asking me about the switch and tried to probe more about my story. It was then that I realised that I was still afraid of this failure. Even though it’s been a while since my rejection from medical school, I still did not want others to know. It was embarrassing to not get accepted into medical school and I was frustrated that I made the silly mistake of putting business as my second choice. I even felt like a “quitter” to not be able to stick through in my business course.

It’s a combination of my upbringing, the societal norms we live in, and my perfectionistic nature, really. I could not accept the detours I took and I wanted to get things perfect the first time round. These failures were just unacceptable to me and I was scared about what others would think of me.

It’s a combination of my upbringing, the societal norms we live in, and my perfectionistic nature, really. I could not accept the detours I took…

Although it took some time, I soon recognised that I needed to surrender my pride to God. It’s then that I could finally embrace my university journey for what it was. It is no longer a shameful part of my life that I tried so hard to hide.

If anything at all, I was reminded that day at the museum that it’s all about perspective. How do I view failure? How do I cope with these things that come my way? The doom of Vasa could have been hidden and forgotten, but Vasa was salvaged for the world today to appreciate its intricate details and construction.

In the same way, I can choose to hide my failures and not talk about them to maintain my personal image. That would simply mean not giving myself (or others around me) the chance to learn and grow from the journey I am on. It is about embracing my mistakes and failures; it is to remember how I have fallen short of what is perfect. With my heart open and surrendered, that is when God can use my personal journey to bear fruit and inspire others around.

While our failures do not define us, they do have the ability to shape us – if we let them. And that’s a decision for us to make for ourselves.

[Choosing to hide my failures]… would simply mean not giving myself the chance to learn and grow from the journey I am on.

When things fall short of our expectations, that does not mean we have failed. Perhaps it simply means that we have found something that does not work. Our response, then, is to discover the other things that might just work for us. And in doing so, we will learn more about ourselves, God, and the world around us. 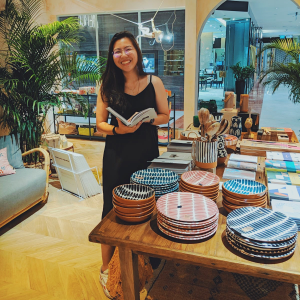 Vanessa is a writer and events coordinator at ALESCE. She loves adventures and everything that allows her to learn more about God and people.

A Look Into the Babel Issue

Take an inside look at the Babel Issue with our founder Natalie as she explores the stories of success and failures, hopes of new dreams and dreams forgotten, and the issues in life and the world beyond. She shares her favourites from the issue and the story behind the name.

The Days of Our Unremarkable Lives

During this slow, mundane period, it is necessary to find things that can lift your spirits, lest you get lulled into negativity. For inspiration, ALESCE writer Nikki asked some friends living around the world to share photos documenting the random things that bring them joy.

Partnerships: The Romance of Life

We’ve been taught and brought up in a society that chants the mantra of conditions and transactions. But not everything in life needs to look like that. Vanessa discovers how our partnerships with the people closest to us can be relational, instead of transactional.